There is an all too common misconception that compensation in the military is inferior to the civilian sector. Job security, retirement and exceptional healthcare are often mentioned in order to justify the implied pay cut that comes with joining the armed forces. But is this accurate? Is military compensation inferior to its civilian counterpart? What should someone expect to make in the military and is there opportunity to cross the six-figure threshold? In this article, we break down these questions so you can know what to expect to earn in the short and long-term.

Paygrade is a function of time in the military (AKA promotion) and education. It is important to note that while the military rank structure varies across branches, the paygrades are the same. If you enter the Army as a high school graduate, you can expect to enlist as E-1 and make $18,802 in taxable salary; if you enter as an officer (college graduate), you’ll likely enter as O-1 with a salary of $35,668. Neither of these figures are particularly appealing on their own, which is likely the culprit for the inadequate-pay misconception. But before you rule out the military, understand that this is not the complete picture.

Building on the two examples above, let’s assume the new military entrants are stationed at Fort Bragg, North Carolina. If the service members qualify for off-post housing i.e. married, barracks are at capacity, or officer rank, they would be eligible for a housing stipend of $18,180. The BAH is based on the cost of living and fluctuates depending on location. For example, if our GI’s were relocated to sunny San Diego, their housing allowance would jump to $33,120. Definitely getting better, but we’re only half way there.

Basic Allowance for Subsistence (BAS) is a monthly allowance that is indexed to the cost of food prices. It’s meant to offset costs for a service member’s meals, where enlisted members receive more than officers. For our examples, the enlisted GI would receive $4,419 and the commissioned officer would receive $3,043, for a total so far of $41,401 and $56,891 respectively.

It should be obvious by now that it’s possible to make a comfortable living in the military, regardless of one’s background. But you’re not interested in ‘comfortable’; rather you want to know how to make upwards of $100,000. To demonstrate just one of the ways in which this is achievable, we’ll use another example. 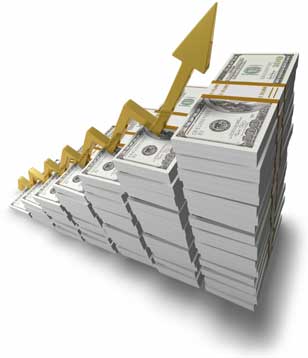 Chris attended ROTC during his undergrad and earned a bachelor’s degree in international relations. Upon graduation, he decided to enlist in the Marines. At 22 years old, he commissioned as an officer, similar to our example earlier. Chris excelled in the Marines and climbed the ranks quickly. After 10 years, he achieved rank of O-4 while living near sunny San Diego’s Camp Pendleton. At this point, his basic pay is $71,604, his BAH is $33,120 and his BAS is $3,043, for a grand total of $107,767.

It should be noted that this is just one of the ways in which someone in the military can achieve a total compensation of $100,000+. By using a federal pay chart and considering the all the factors, you can calculate total compensation based on your unique circumstances.

In the examples above, we covered earnings potential in the military, but what about the supplementary ‘stuff’ that doesn’t get factored into compensation? For starters, service members receive full retirement after 20 years without paying a dime into it. They also have access to exceptional medical insurance for themselves and family. Other perks include subsidized child care, sign-on bonuses, tuition assistance, free gyms, tax free shopping, 30 days paid vacation, special pays (hazard duty pay, imminent danger pay, jump pay, family separation pay) as well as the honor and job satisfaction of serving in the worlds greatest military.

If you’re interested in joining the armed forces, I suggest you read ‘7 Questions You Should Ask Your Recruiter’ before contacting a recruiter. If you’d like to learn about various jobs directly from active service members, browse through the many job reviews listed on our site.